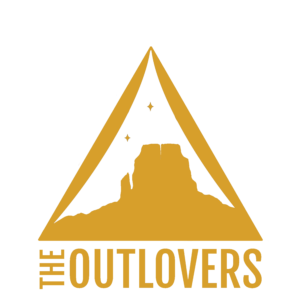 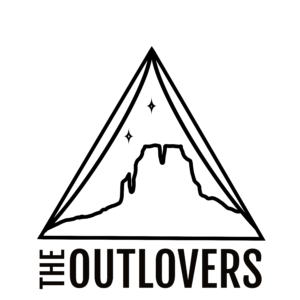 Snow-Shoeing Elopement In The Utah Mountains

Lili and Neil LOVE the snow, so tackling a winter elopement near Park City, Utah was a dream come true for them!

By Vanessa and Chad, ‘The Outlovers’

Lili and Neil had the most beautiful winter wonderland elopement in Big Cottonwood Canyon, near Salt Lake City in Utah!

They began their day nice and slowly, exploring Park City where they were staying, and grabbing a little coffee to stay warm. It was such a welcome contrast to the usual frantic madness of a more traditional wedding morning!!

After a sweet first look on the ski slopes by their hotel, L&N then headed up into the canyon, strapped on their snow shoes, marched out away from the crowds and found a beautiful secluded spot to share their vows. They were hoping for snow and Mother nature was on their side: the sky opened up and dropped soft flurries of snow on them just as their ceremony began!

Their ceremony was so personal and incorporated many of Neil’s Hindu traditions, such as the exchange of ‘malas’ (flower garlands), the gifting of the ‘mangalsutra’ necklace, and ‘The 7 Steps’ around a candle as they made their promises to each other. They concluded with a blanket ceremony, all wrapped up in a quilt that Lili had hand stitched for their new home together.

L&N then celebrated with champagne and a custom rocky road cake complete with ski and snowboarding cake toppers!

We would love to create an epic elopement experience for you! We provide planning assistance, photography and officiation for adventure-seeking couples across the US and worldwide. Get in touch to start brainstorming with us! 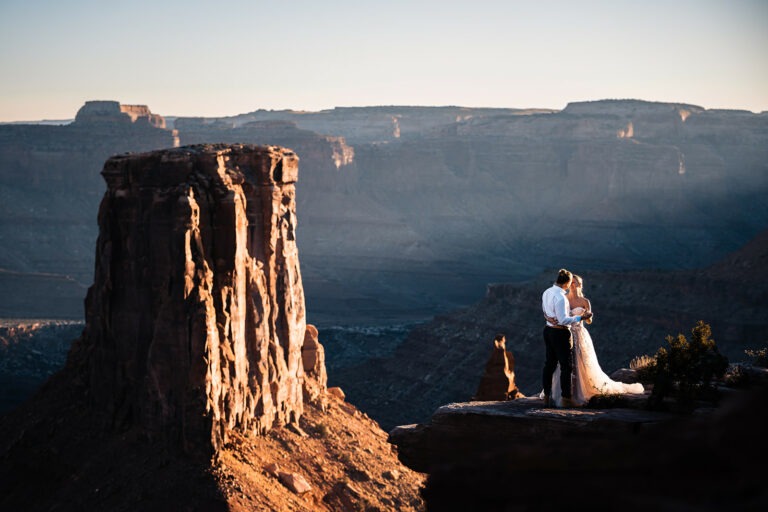 Bailey and Andrew shared the most joyful day in Moab, exploring the coolest rock formations and hanging out at their glamping tent, soaking in the views. 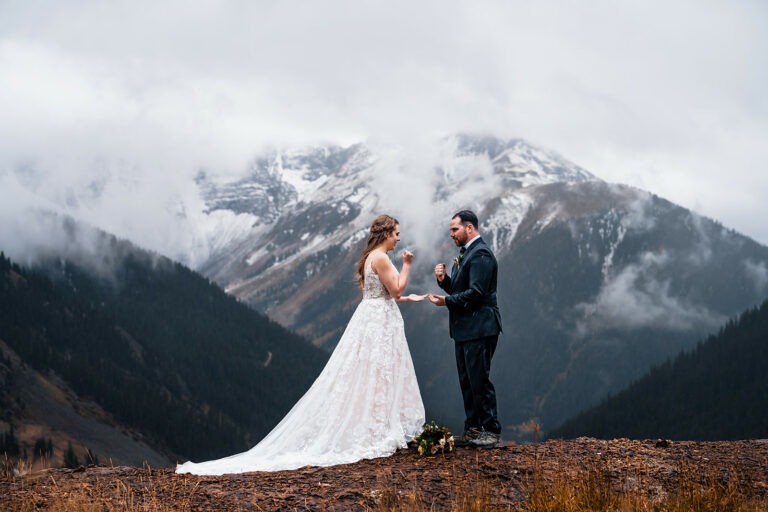 Megan and Hunter ditched the big wedding in favor of a super intimate celebration with their closest family in their favorite place in the world; Ouray, Colorado. When a snow stormed rolled in they rolled with the punches and embraced the adventure! 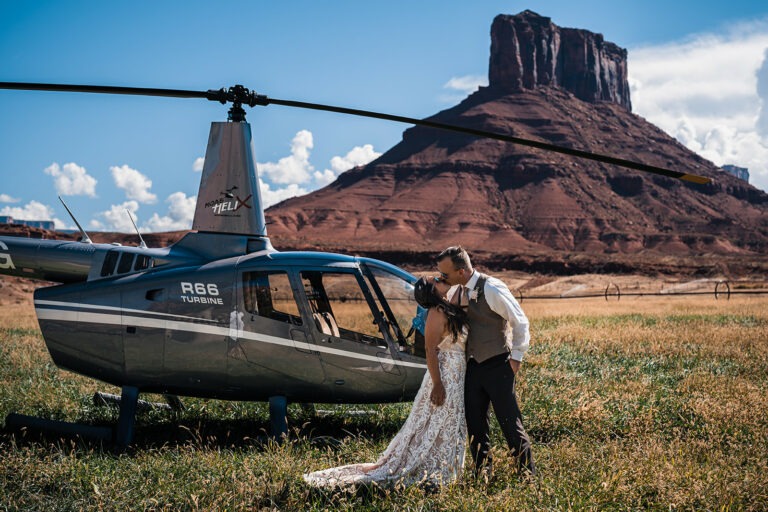 Gabby and Layne went ALL OUT on their elopement day: from a sunrise hike to a surprise helicopter tour! 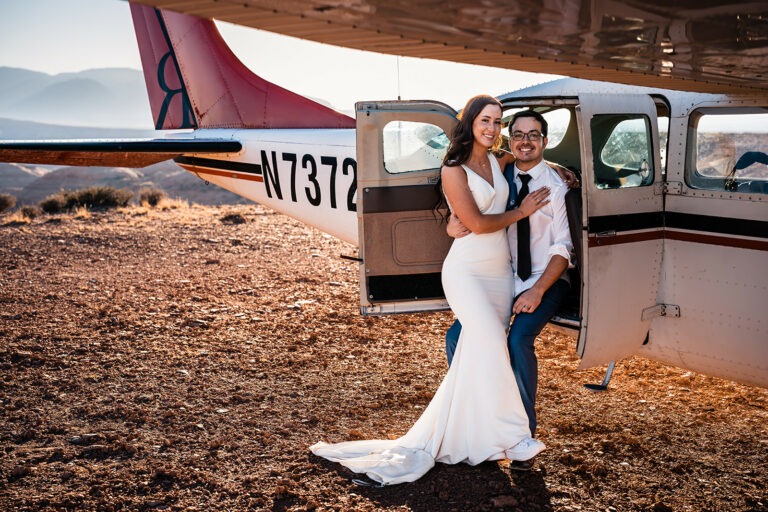 Jessica and Andrew decided to go all out for their beautiful Moab elopement: from a sunrise first look at Canyonlands, all the way through to a private plane ride at sunset, their day was nothing short of spectacular. 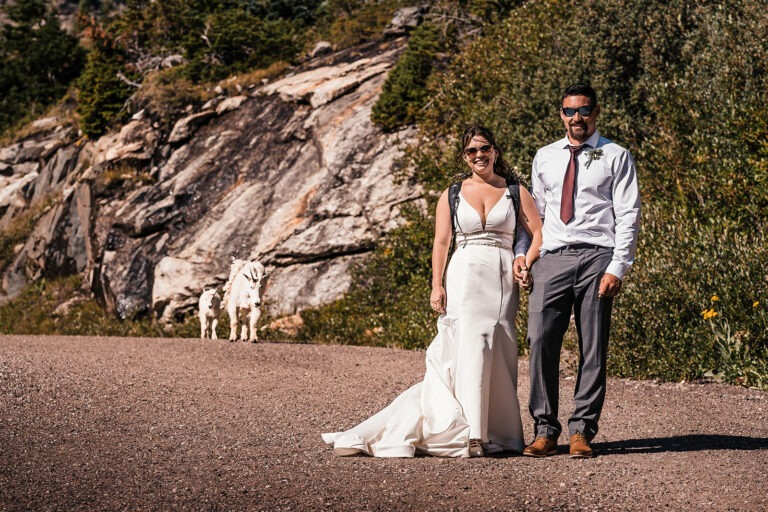 Kaitlyn and Holden ventured out to Colorado all the way from the east coast for a morning jam-packed with adventure and fun! 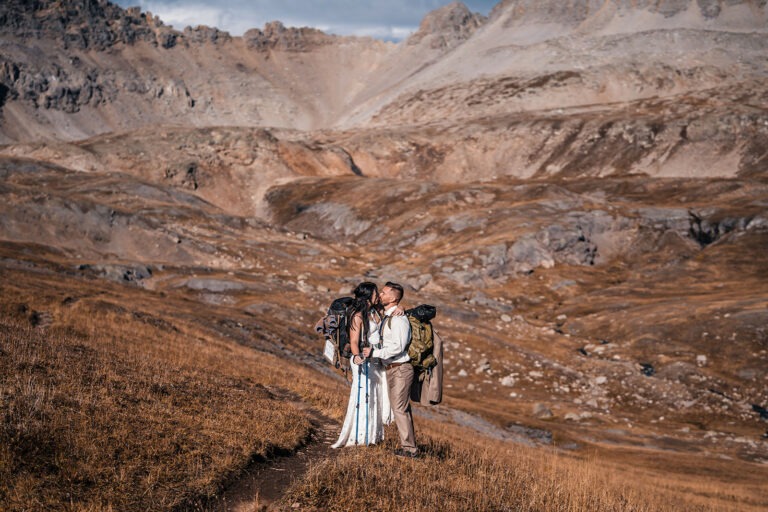 Jessie and Zach hiked 9 miles, scaled 3000′ feet of elevation gain for their elopement and it was nothing short of EPIC!!! 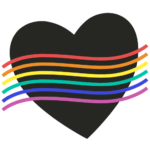 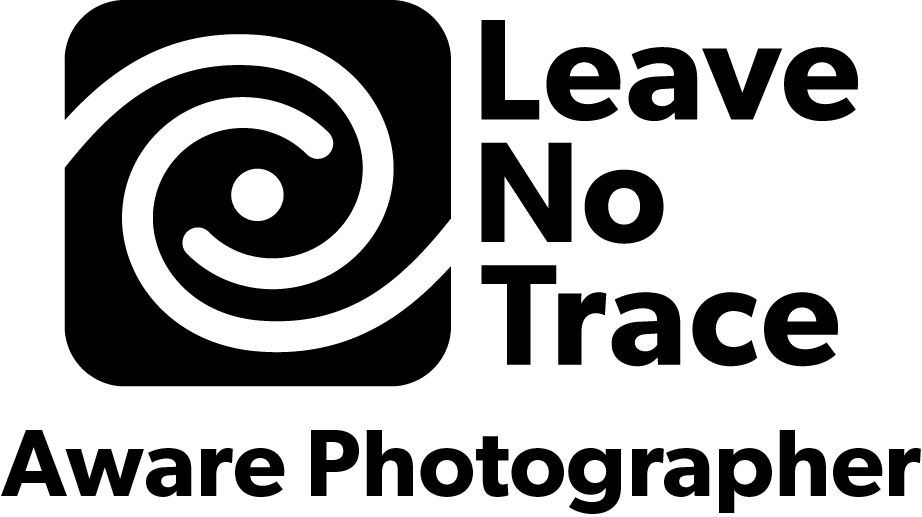 How To Elope In Colorado 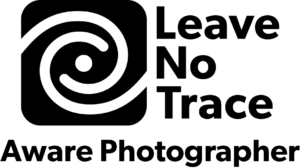 How Much Does It Cost To Elope?